​Jocelyn Kuritsky is an actor, creator/director/producer, and designer. She is a three-time Princess Grace Award nominated performer, and a founder and the actor-in-residence of the Drama Desk Award nominated & Lucille Lortel Award winning immersive theater company, Woodshed Collective. Jocelyn is also the creator of The Muse Project, dedicated to centering and spotlighting women theater actors. Her podcast series, A Simple Herstory, is produced with Muse and presented by the Obie Award winning theater company, The Tank. Herstory is about the women who have run for President of the United States. Season 1 stars Florencia Lozano, Tony nominee Kara Young, two time Tony nominee Daphne Rubin-Vega, Tony and Emmy nominee Kate Burton, Tony and Emmy nominee Veanne Cox, Emmy winner Erin Cherry, Tony nominee Maria Dizzia, Tony winner Tonya Pinkins, television legend Louise Lasser, and many more. The team for Season 1 was honored (Artists of the Year) at The Tank's 2022 Gala. Herstory was also featured in the Oregon Shakespeare Festival's 2022 Quills Fest. 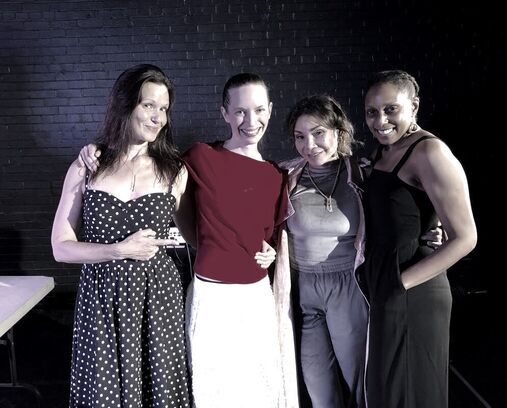 A Simple Herstory launch at The Tank, NYC.
​Onstage, Jocelyn mostly works on new plays and new theatrical forms; and, as a performer, she has become a favorite among New York's downtown theater stalwarts, often portraying intense, fragile, and feral characters. Papermag calls her an "outstanding actor." She has appeared in more than 20 NYC productions, including multiple premieres and appearances with companies like the Obie Award winning collective, 13 Playwrights, and the Drama Desk & Obie Award winning experimental staple, The Flea Theater (Jim Simpson/Carol Ostrow). She has also appeared in countless readings and workshops with lauded organizations, ranging from The Bushwick Starr to Ensemble Studio Theater's Youngblood to Soho Rep., among many others; and, as the resident performer of Woodshed Collective, she regularly acts in Woodshed's shows and presentations. Regionally, Jocelyn has performed in developmental works by various established and emerging playwrights, predominantly in Washington, D.C., at theaters like Arena Stage, The Kennedy Center, and Theater Alliance. 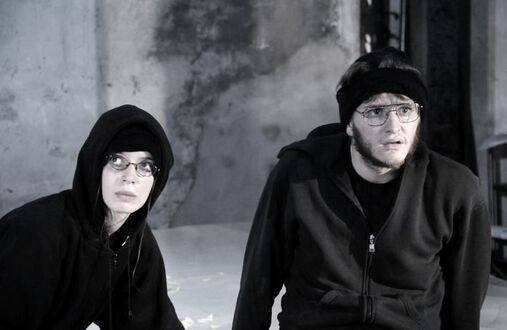 ​Her voice work resides in audio drama. She is currently featured in two pieces produced by Play For Voices, a podcast featuring international plays; and she is the voice of the Grand Cuspid in The Fall Of The House Of Sunshine, a serialized comedy musical podcast (listed in The Sunday Times’s “100 of the Best Podcasts to Listen to in 2019”). Jocelyn & Leigh Silverman in pre production for Over The River & Through The Woods. ​Photo by Anna Rooney.
​As a producer, Jocelyn has co-conceived several immersive productions with Woodshed Collective, including the Broadway bound musical KPOP, Empire Travel Agency, The Tenant, The Confidence Man, and 12 Ophelias. She helms The Muse Project, an incubator that moves women actors to the center by charging them to identify and generate the roles they want to play. With The Muse Project, she ideated, developed, produced, and starred in Stet, ​a play in which a young journalist is assigned to write about sexual assault on college campuses. Stet, written by Kim Davies and directed by Tony Speciale, premiered at Abingdon Theatre Company in the 2015/16 season, and it enjoyed a successful, extended, Off-Broadway run. In 2018, Jocelyn produced a collection of new, actress-led work for Muse at The Flea Theater with performers Lynn Cohen, Jessica Frances Dukes, Kyra Miller, Déa Julien, and Vanessa Aspillaga. Jocelyn is also the founder of Staging Film, an ongoing, experimental project that is designed to meld the stage and screen.

​Jocelyn and her projects are affiliated with a variety of Off and Off-Off Broadway companies, including The New Group, New Georges, & The Tank. 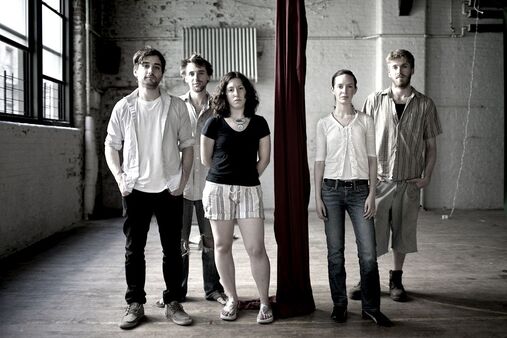 Woodshed Collective at West Park Presbyterian Church. Photo by Guy Calaf for The New York Times.
​Outside of her acting and producing life, Jocelyn teaches, assists, and designs. She has taught language and literacy at a variety of organizations, including Make The Road New York and New York Communities for Change, leaders in grassroots organizing and mobilization. She has guest instructed students in theater at The New Group, and at Rutgers University for playwright Caridad Svich, and she has mentored students at the Playwrights Horizons Theater School (NYU). Jocelyn has been a director's assistant to Trip Cullman, Kip Fagan, Ian Morgan, John Gould Rubin, among others; and she occasionally personally assists the highly renowned Elaine May, and formerly worked for the legendary Stanley Donen. She designs websites for artists, creatives, entrepreneurs, and corporate professionals as often as she can; and, she is currently pursuing certification in web design from Parsons.
Jocelyn was born in Albuquerque, New Mexico and raised in La Paz, Bolivia and Atlanta, Georgia. She has traveled extensively with her family, who, along the path, have also planted down in Seoul, South Korea and Washington, D.C. She studied at Scripps College (The Women's College) in Claremont, California. She has received training from the O'Neill National Theater Institute, the American Academy of Dramatic Arts-Los Angeles, and The Flea Theater. She is a member of SAG-AFTRA and AEA.

Jocelyn at a benefit event for Woodshed Collective. Photo by Anna Rooney.